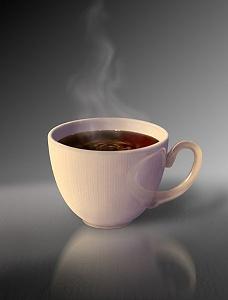 Google made the unconventional move of announcing a potential major change to its organic search results algorithm. The announcement heralded “a secret project: a next-generation architecture for Google’s Web search.”

Every once in a while Google makes a major algorithmic change to its organic results. In reality, its organic algorithm changes at least monthly, if not more frequently, but the major changes are sometimes announced. Even when they aren’t, these changes are quickly named by the industry, like hurricanes named at the time they prove themselves able to do damage

Like prior major changes in the algorithm, Caffeine will profoundly affect the SEO industry and may impact your SEO rankings or traffic, positively or negatively. It may also significantly impact your PPC (AdWords) search strategy and that of your competitor.

Let’s look at the stated objective for Caffeine and imagine how these changes might shake things up, based on the attributes and dimensions that were mentioned in Google’s announcement.

Index Size and Speed
Problem: News sites and real-time blogging platforms, both within social media sites like Facebook and through sites like Twitter, generate a huge volume of content that is only fresh for a short time.
Solution: Google Caffeine will index, refresh and rank them faster.

Accuracy
Problem: Most people would agree that Google is fairly accurate now. However, for certain query types, its accuracy is still fairly poor. In particular, Google struggles with integrating local results into the organic results beyond the local results section.
Solution: Work harder on Google maps. Interestingly, with Caffeine I noticed less news included and more local business listings included. Of course, they aren’t always at the top; the top organic listings are generally not geocentric and are often links to a wiki or other reference site.

Personalization
Problem: The personalization extends beyond geographic data center issues to the user level. This means that even if you have what looks like a top organic position, you may not have that position for everyone who searches.
Solution: You’ll have to make your own determination based on what your lost opportunity might be. I recommend testing paid listings even when you have a top organic listing.

Try it now with your own keywords www2.sandbox.google.com and report me with your findings!